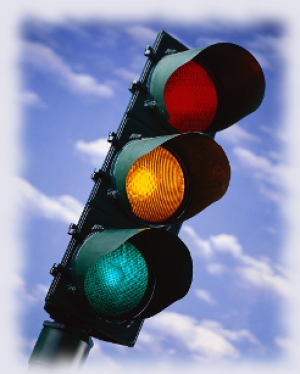 There are two types of red light camera tickets.  Some are issued by a police officer during a traffic stop. Others are sent through the mail after your vehicle was photographed failing to obey a red light. These are handled differently by our office. Never pay a red light ticket issued by a police officer.  Paying such a red light ticket will put 4 points on your driving record and you will be paying $277. Contact us to defend your red light ticket immediately to have the best chance at avoiding defensive driving school and points on your license.If you receive a notice of violation that your vehicle was photographed failing to stop at a red light, this is an entirely different story in our opinion. On July 1, 2010, a new State law came into effect that allows cities to install red light cameras, and issue tickets for violations for red light violations. Since then, red light cameras have been popping up at intersections all over South Florida.  If you have been mailed a Notice of Violation, you have 60 days to pay a fine of $158. If the violation is not paid within 30 days, the fine is increased to $277, a Uniform Traffic Citation (UTC) is issued, and the case is sent to the Clerk of Court. The traffic ticket will charge you with a violation of Florida Statute 316.075(1)(C)1 which reads in part:Vehicular traffic facing a steady red signal shall stop before entering the crosswalk on the near side of the intersection or, if none, then before entering the intersection and shall remain standing until a green indication is shown.

If you pay this fine of $158 on a timely basis, the matter will be closed and you will not need an attorney.  There will be no record of this violation on your driving record. You may think of it as a contribution to the economic well being of the city that issued it. At this stage, this isn’t really even a traffic citation.  However, if you wait beyond the period of time within which $158 can be paid, this matter does become an actual traffic citation which can affect your driving record. Once your red light camera ticket has been sent to the Clerk of Court (the price is no longer $158) you must hire an attorney to fight it. Don’t let anyone tell you that just paying a higher amount does not have any detrimental effects because points are not assessed. There is a very important difference between points being assessed and admitting guilt and taking a conviction on your driving record for running a red light. Paying any amount other than $158 will constitute an admission of guilt and will be a conviction on your driving record. Call us if you have any questions.

When we go to Court for you, we will review a video of the incident with a hearing officer, or Judge. We will then be permitted to make objections and present evidence on your behalf.  If we are not able to get the violation dismissed, you will be responsible for the payment of court costs. The important thing to be achieved once this becomes an actual citation is to avoid any conviction on your record.  A conviction on such a ticket for running a red light can be used against you by an insurance company (in quoting you an insurance premium) or by a judge to enhance penalties in a future case. This is true even if it wasn’t you in the car when it was photographed.  Be sure to consult a traffic ticket lawyer regarding your red light ticket before making any final decision about how to handle the matter. Consultations are always free. There are some cities (for example Miami Gardens and Aventura) that are issuing tickets that can be easily defeated if they involve a right turn on red.